In Perspective Hacks IV: The Box, I mentioned the problem of plotting a perspective grid on a 45˚ inclined plane to represent the view through the window in the picture plane. The box has two mirror image planes meeting at the horizon line; here is just the bottom half for simplicity's sake: 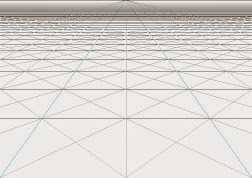 I wasn't sure how to approach the problem of plotting the grid at an angle until I tried drawing out the arrangement in a side view.

Here, the square on the left represents the box, with the viewpoint at the halfway mark on the left side. Points on the ground at regularly spaced distances D1 - D5 would reflect rays of light to the viewer's eye, intersecting the Picture Plane at the bottom for D1, the 1/2 point for D2, the 1/3 point for D3, and so on. When the Inclined Projection Plane is placed at a 45˚ angle between the Picture Plane and the Principal Point, the rays would intersect it at bottom for D1, then 2/3 for D2, 2/4 (or 1/2) for D3, 2/5, 2/6 (1/3), and so on.

Here is where my perspective wanderings finally looped back to the Hor:ratio project. One of the proportional tools included in Hor:ratio is the Armature of the Rectangle, a simple yet profound pattern of diagonals that creates fractional divisions of each side by 2, 3, 4, 5. 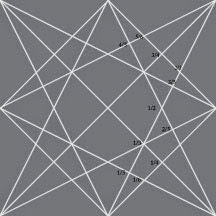 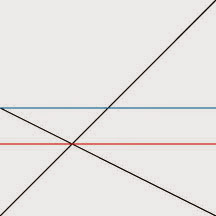 Using this knowledge, I could find the 2/3 point on the inclined plane and use it to build the grid according to the Railroad Track Hack.

For some reason I had never noticed the similarity between the Railroad Track Hack and Villard's Diagram, which I had also come across in course of the Hor:ratio research, Initially, I had seen it applied to particular proportional settings, such division by 9, used in book page layouts. Suddenly I realized that it could be used to divide a rectangle by any fraction!
Starting with one half: 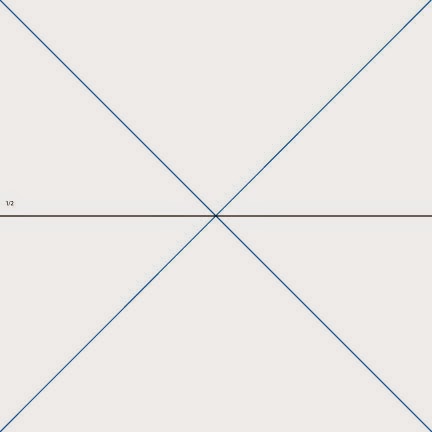 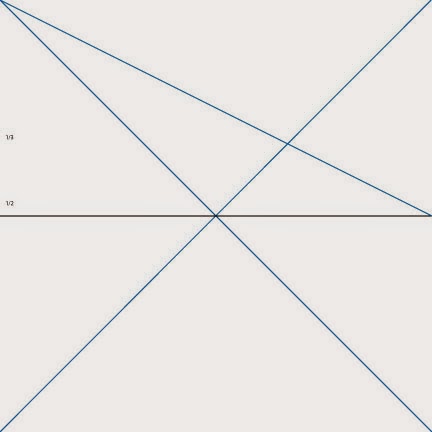 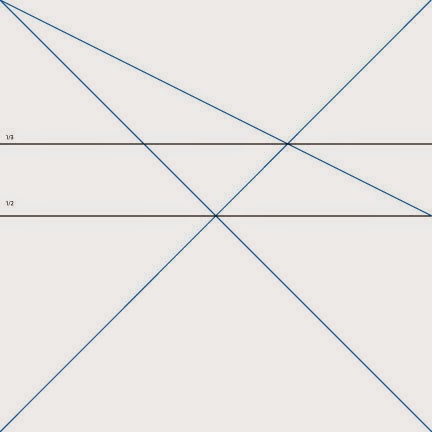 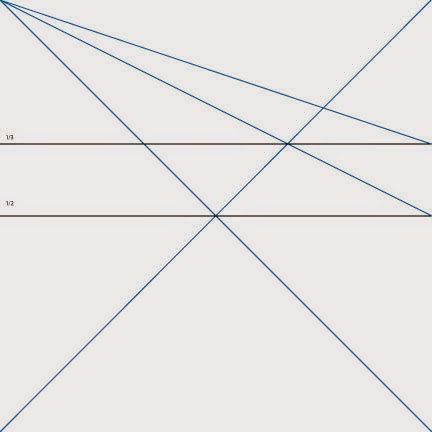 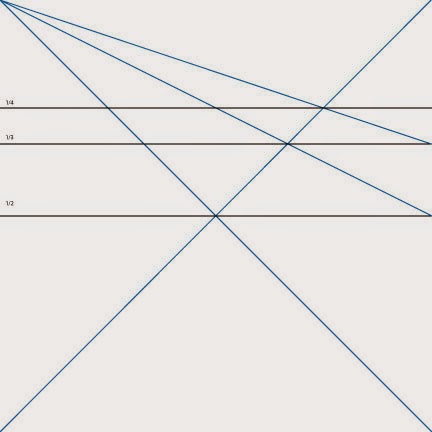 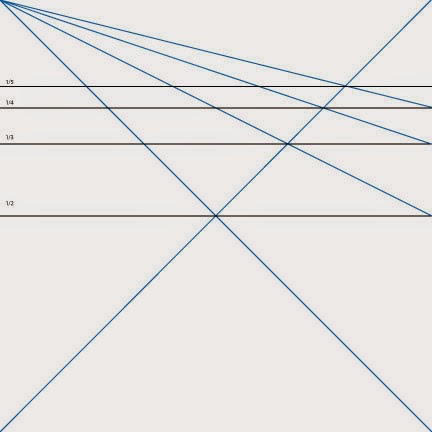 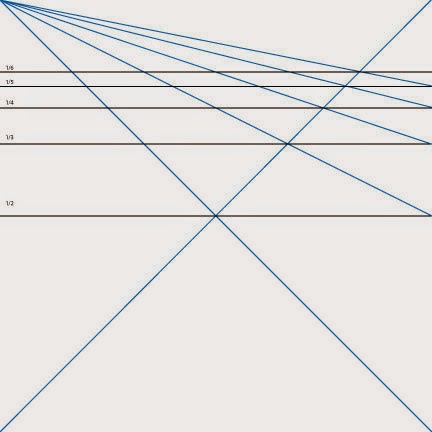 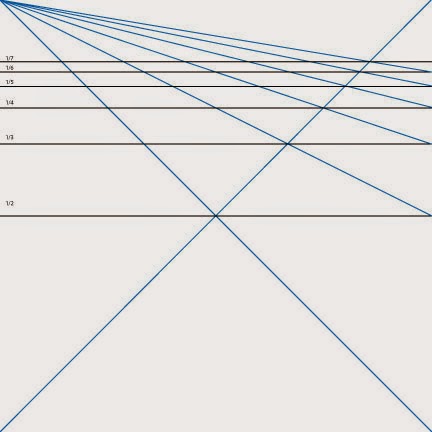 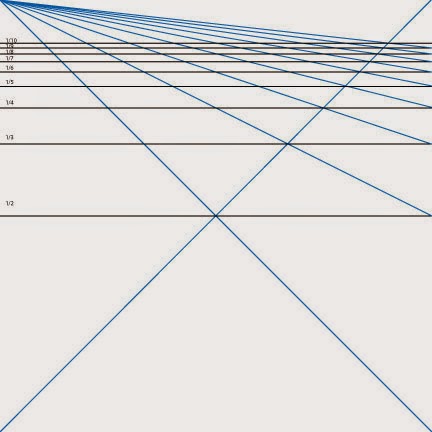 Thus, we can divide the rectangle into an infinite number of smaller and smaller fractions.
However, we don't have to plod though all of the steps to reach a desired fraction . If we combine the principals of the Armature of the Rectangle with Villard's Diagram, we can cut out steps and simplify the design by leapfrogging to the nearest simple division and building from there. 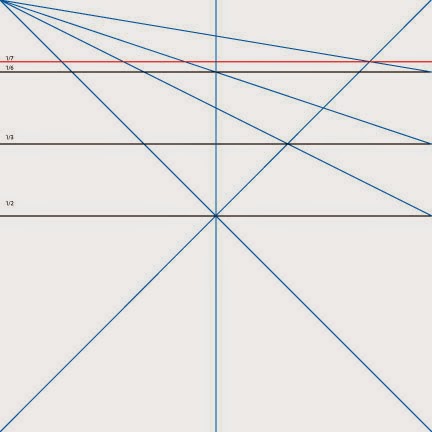 The procedure for building the VD is the same as for the RTH, but instead of thinking of it as equal distances receding in space, we see it for what it is - the progressive division of the rectangle into proportionately smaller fractions. This is indeed the principle upon which perspective is based: The apparent size of an object diminishes in direct proportion to its distance from the observer.