Two sketches from today. The railroad crossing is the same place I did back in February but from the opposite side and now it's spring. I'm concerned about the porch roof on the Mansard house, although it does contribute to its charming/creepy personality. 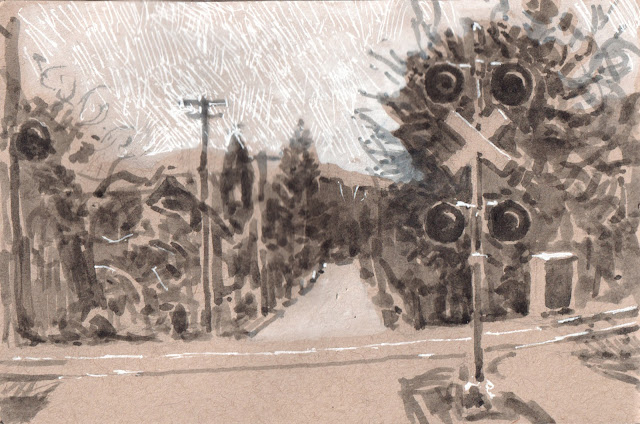 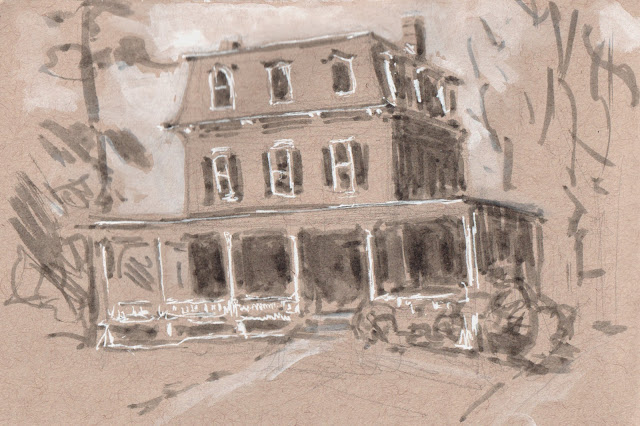 Waiting for an oil change at Auto Express, I sketched this funky little house across the street. Lots of lovely details, including pallets in the yard and traffic cones on the steps. Pen, ink wash on paper. 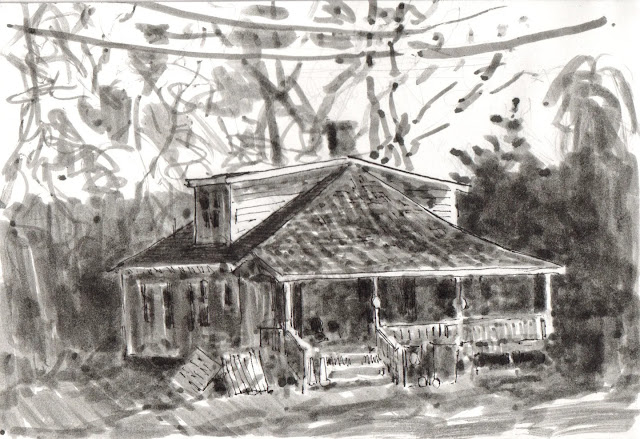 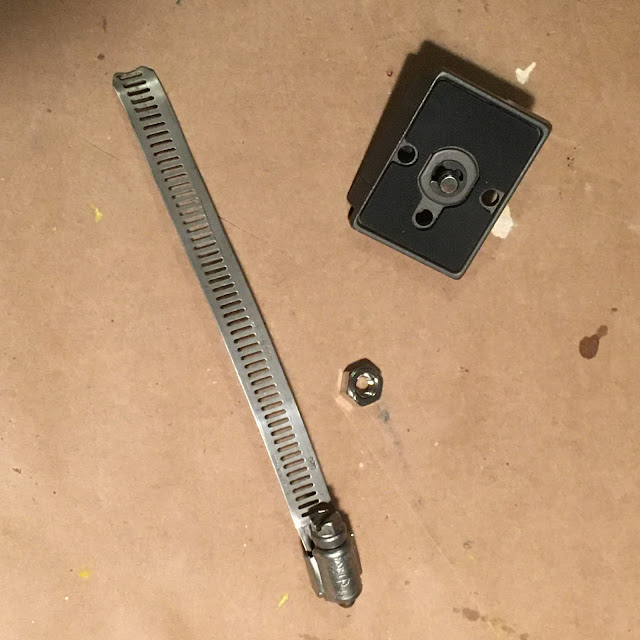 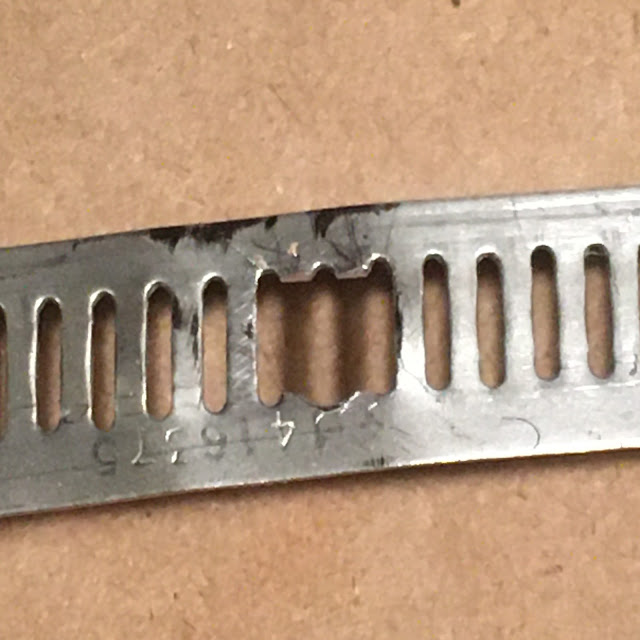 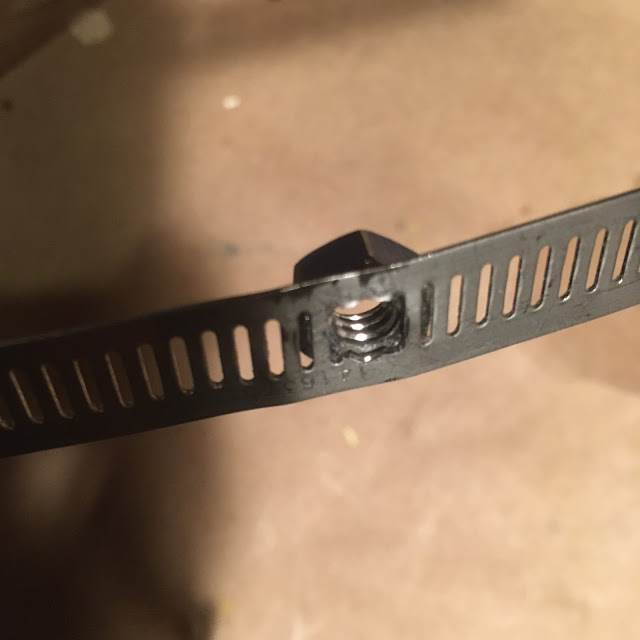 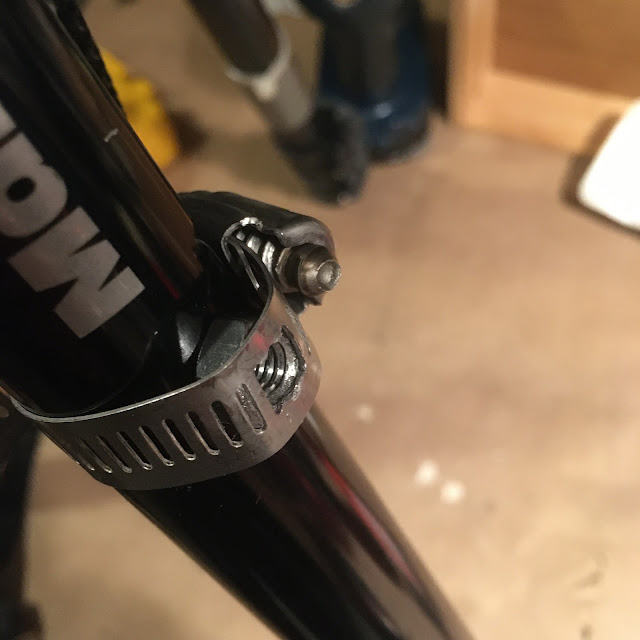 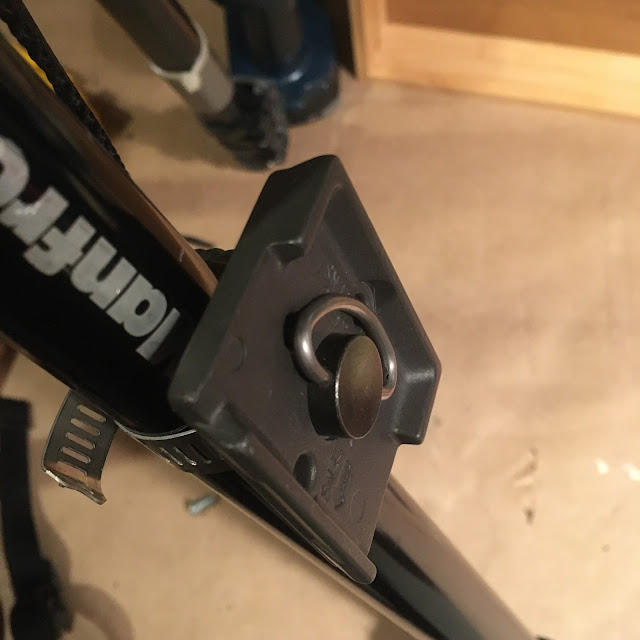