Disability Pride Month and the anniversary of the ADA reminded me of a project I did way back in the late Eighties for the Haymarket People's Fund in Boston. The assignment was a poster for a hat-themed event, and although the design document didn't say anything about including people with disabilities, I put in a guy in a wheelchair smiling and waving his hat in the air. This in turn sparked the idea of a variation on the familiar International Access Symbol with an exuberant hat waving figure, which I added at the bottom. At that time, the association of disability with positivity, joy, or fun was not a big part of the mainstream discourse, but it must have been bubbling up in the activist community in the runup to the passing of the ADA in 1990. After the poster came out, other advocacy groups latched onto my symbol design and used it for their communications. 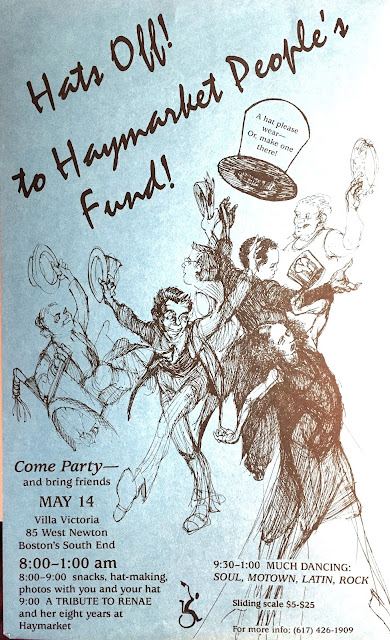