Bikes can go places cars can't, but feet can go places bikes can't, so I decided to make a backpack carrier for my pochade box and accessories. It turns out you can't get a simple pack frame at a camping store anymore, at least not where I live. Backpacks are sold as integrated systems and quite expensive. Fortunately, you can get Army surplus A.L.I.C.E. pack frames for cheap. A.L.I.C.E. is a typically mumble-mouthed military acronym for "All-Purpose Lightweight Individual Carrying Equipment" but it can be retro-backronymed to stand for "Artist Lugging Implements of Creative Expression." Come to think of it, it would solve myriad problems if the U.S. government gave out free military surplus gear to artists instead of to local police forces. I could make a pretty nice mobile studio in an MRAP. But I digress...
Here's the frame on my back, fitted with a wooden support on the bottom for the pochade box, held on with a quick-release strap, a toolbag for extra odds and ends, and my BestBrella strapped to the side. The tripod is carried on a shoulder strap like a rifle, befitting the martial theme. 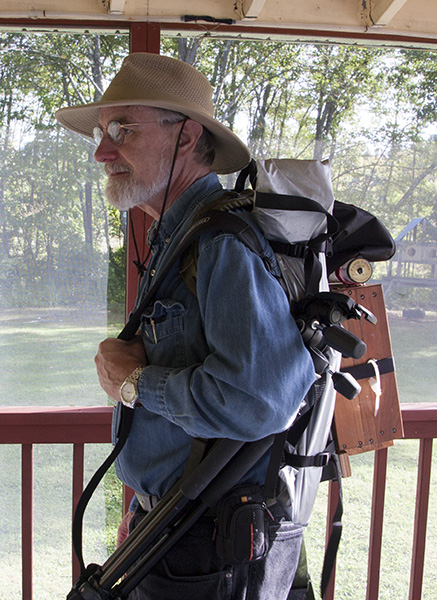 I had taken an earlier version out for shakedown trip up to Mt Pollux, where, after realizing I had made my stand in a patch of poison ivy, I determined that a basic requirement would be that the whole thing could be set up, taken down, and packed up again without any part ever having to touch the ground, except for the tripod feet. After some experimentation I figured out that the pack can be hung from the tripod with clamps, making it easier to remove and replace the pochade box, and positioning the toolbag conveniently. The weight also helps to stabilize the tripod. 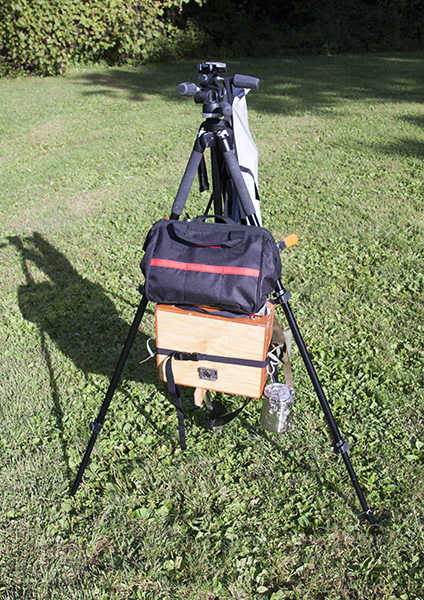 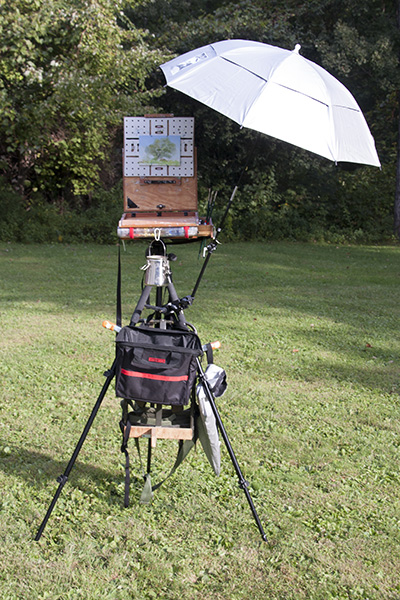 And closeups of the attached pack frame: 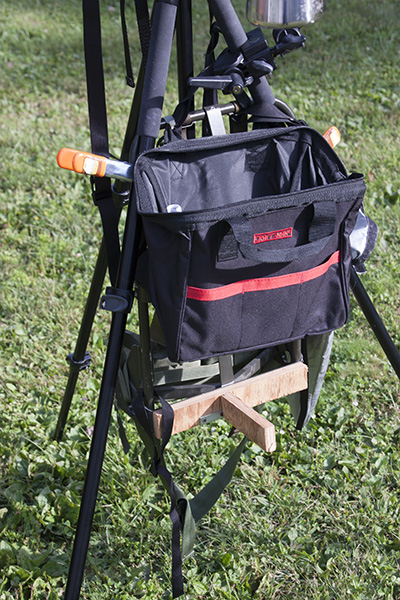 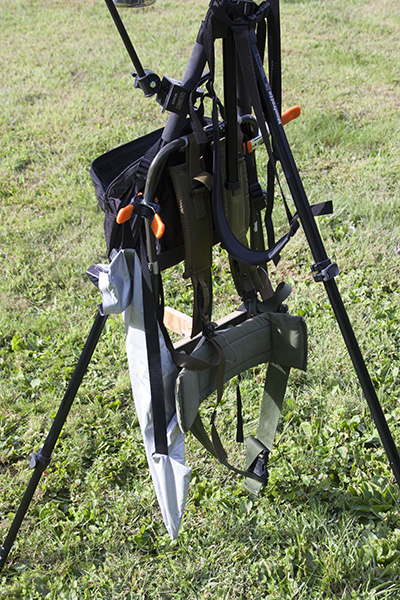