An umbrella or sunshade is a great advantage when painting outdoors, as it keeps the sun from shining on your palette and working surface, distorting the colors and values. It can be difficult to set up in the wild, however. Some umbrellas are made to stick in the ground, some to clamp on to the tripod or easel, or come with attachments to do either. I had a little brainstorm last March about using the front wheel of my bike as a mounting point, as it would afford two axes of rotation: the wheel itself and the handlebars. I secured it to the wheel with Velcro cable ties, and used another cable tie to hold the front brake lever closed, setting the angle on the hub axis. I made a pair of reins to hold the handlebars in position, and experimented with various ways of securing them.

Once I got the thing rigged up, it reminded me of the famous Surrealist motto, "A chance encounter between an umbrella and a sewing machine on a dissecting table." I decided to name my invention in honor of Isidore-Lucien Ducasse, the original author of the phrase. 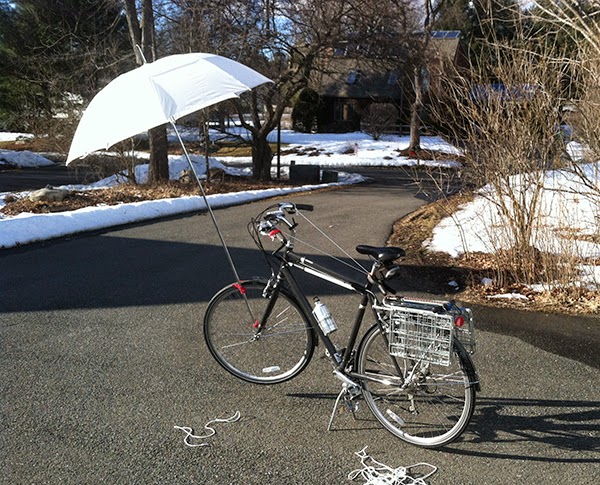 Close up of the rigging: 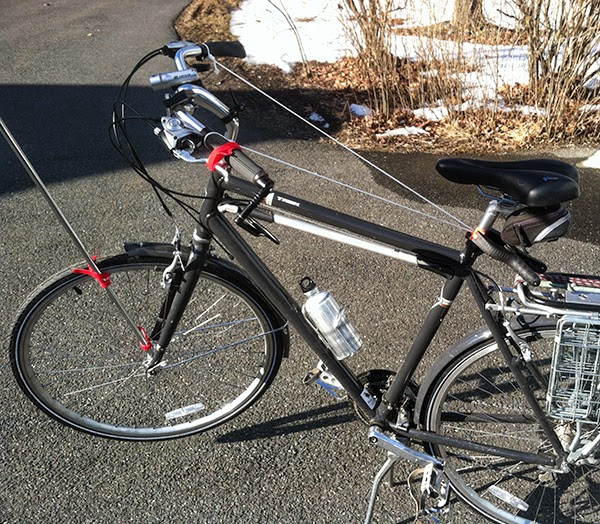 Testing with the pochade box attached. The sun is low; you can see how the box is in shade and the shadow of the umbrella on the wall behind. It was pretty easy to adjust the wheel and handle bars to shade the box area. 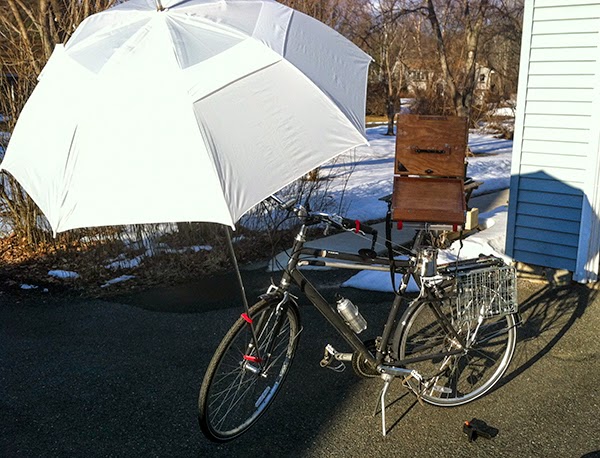 The next day I tried it with the addition of guy ropes to stabilize the bike. I also used a higher quality umbrella (BestBrella). Instead of clamp or slipknots to hold the reins, I used the same nifty quick-release fittings (Nite Ize) as the guy ropes. Unfortunately, when the sun is higher in the sky the angles don't work out so well. I couldn't find a good setting for the wheel and handlebar to shade the box. However, the umbrella could clamp onto the bike almost anywhere, sticking out at almost any angle, and the guy ropes would stop the bike from being pulled over. 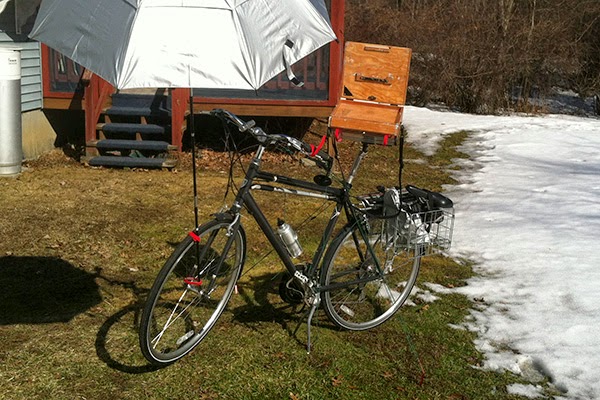 So, it turned out that the guy ropes were the most useful thing to come out of this exercise. I haven't used used the wheel and handlebar setup since, because the BestBrella's heavy duty clamp combined with the guy ropes' stabilization covers most situations. Below is the setup I use now. The guy lines are very useful in windy conditions or when the ground is soft. The reins are not usually needed because the umbrella is not attached to the wheel or handlebars.
I'm still glad I tried out the wheel idea, if only for that first photo. 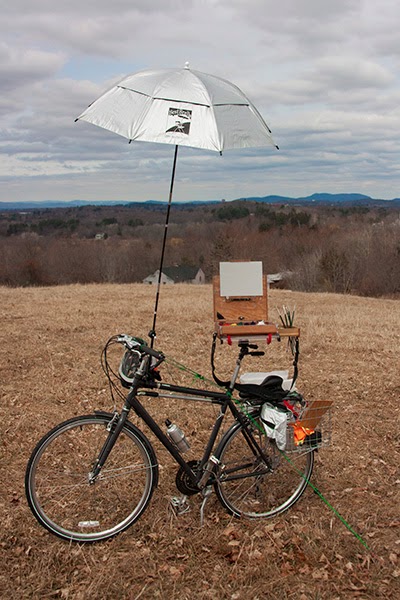