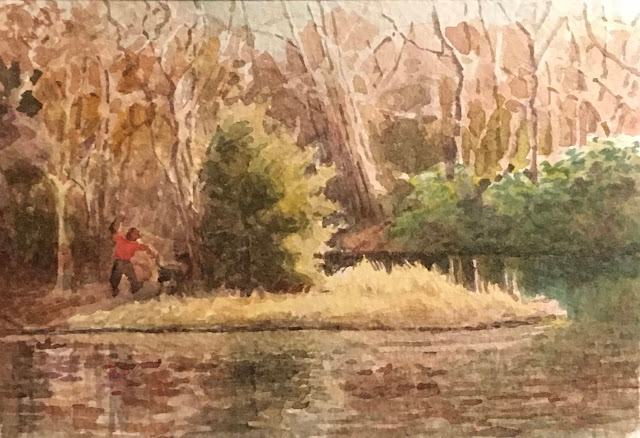 Watercolor from a walk in Van Horn Park in Springfield, MA. At first I was attracted by the light on the grassy peninsula, but a guy and his dog showed up so I put them in, too. 4” x 6” in sketchbook. 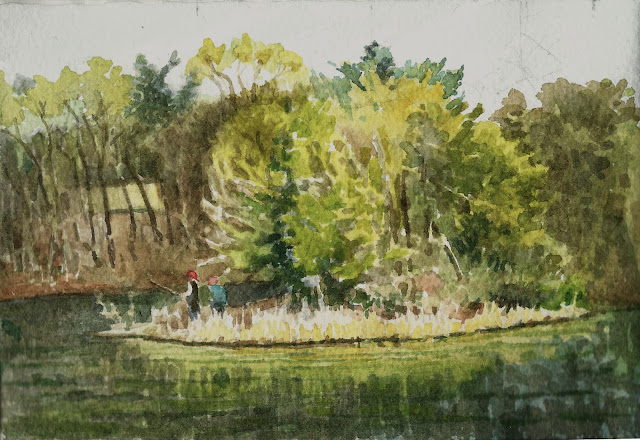 Peninsula at Van Horn Park. I did the same scene from the opposite side a few weeks ago (above). This time the sun was behind me, and instead of the guy and his dog showing up on my painting it was a couple of fisher fellows.
Watercolor 4” x 6” in sketchbook. 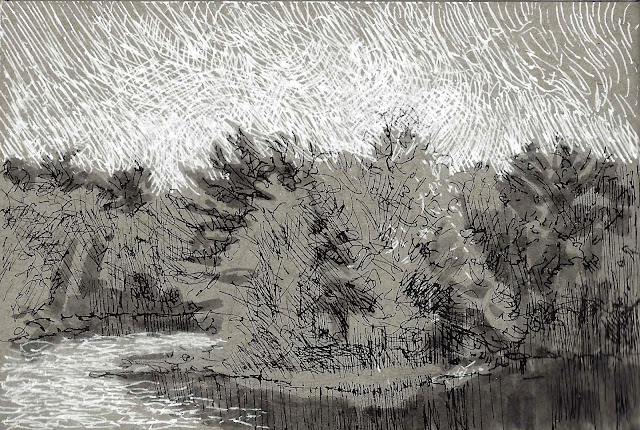 Another sketch of that peninsula in Van Horn Park, this time front on, like the prow of a ship. It was a gray day, so I did it on toned gray paper with black, gray, and white ink. 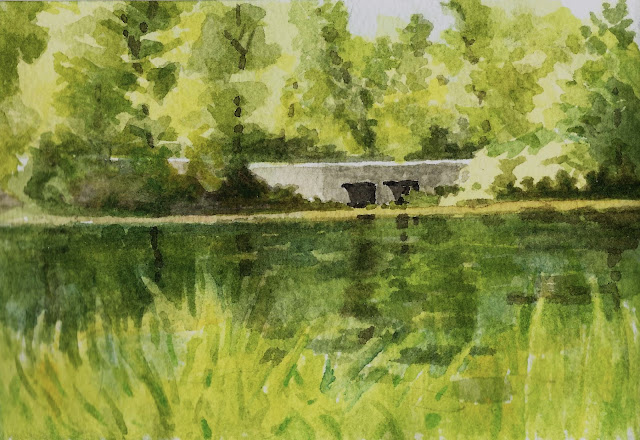 Peninsula at Van Horn Park
This time I’m ON the peninsula, looking out at the culvert under Armory St. from which I did the previous one. 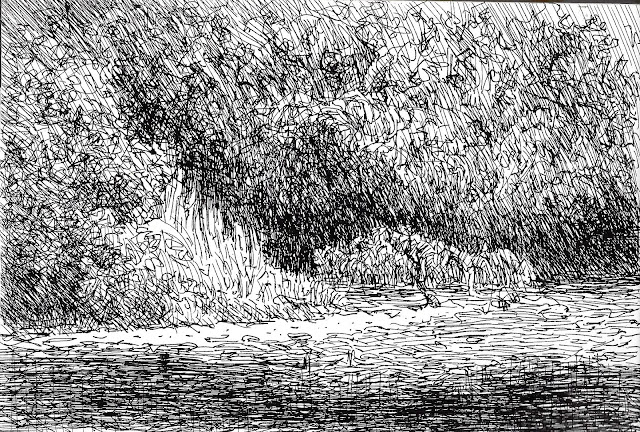 Light on reeds and water
Pen and ink
Another sketch from Van Horn park. The light green algae floating at the shoreline were brilliantly illuminated against the shadowy foliage.