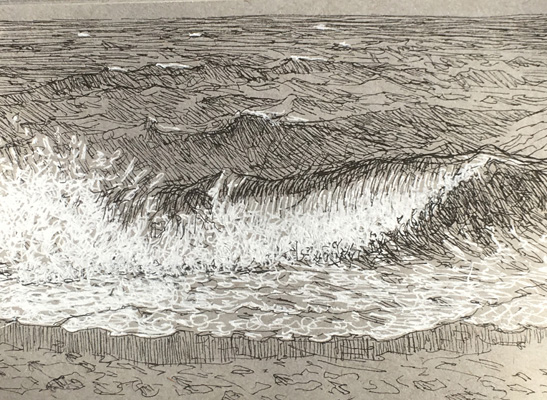 Study of breaking waves, Pilot Falcon fountain pen with white Gelly Roll pen on toned paper. I tried to include the complete cycle in one wave: on the right, it is pulling in the backwash from the previous wave, then it starts to break, with the water pouring over the top and turning to foam, then crashing down onto the front of the wave, and finally exploding upwards and outwards onto the shore, sending a surging flood of foaming water up the beach, which will drain back to be sucked into the next wave. This sketch is the result of watching many waves come in and trying to get the next bit of information from each to add to my construction. 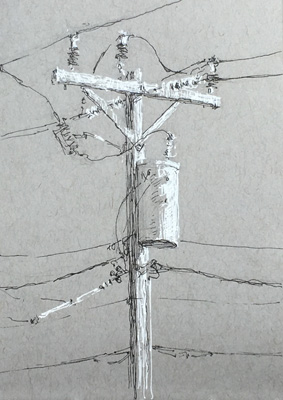 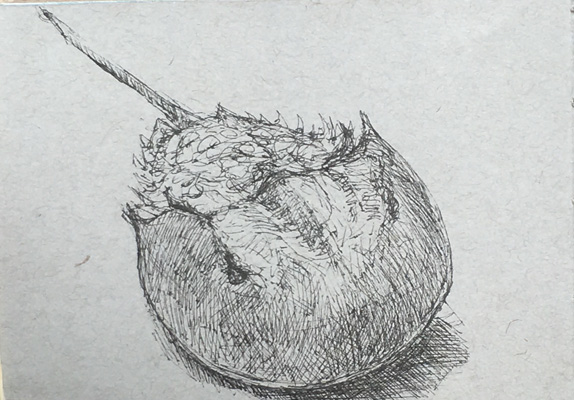 Found an intact (dead) horseshoe crab, which the 11 year old in me wanted to take home, but it was pretty pungent and host to ants and other scavengers, so I drew and photographed it as much as I could before leaving it. Perhaps an actual 11 year old will find and appreciate it. 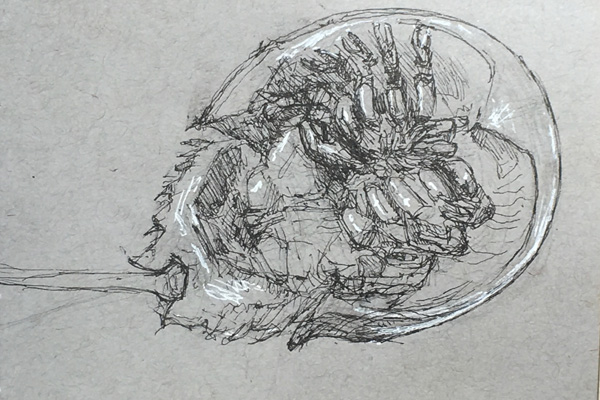 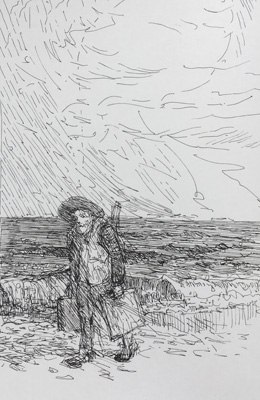 A random doodle evolved into an old 19th century painter returning from painting the sea, and ended up looking a lot like me. So it’s a self-portrait by way of Homer. 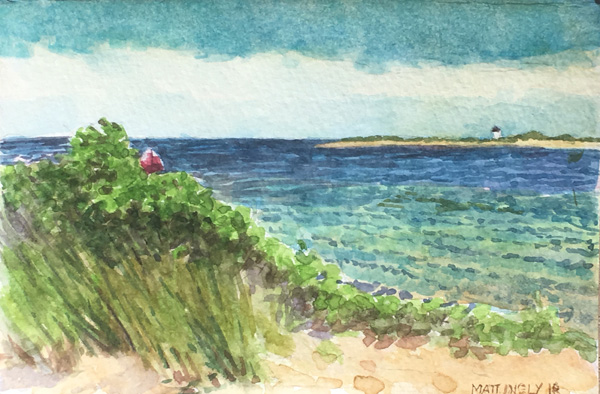